This work is relied on the concept of mutual occurrence of objects in sequences as manifestations of the laws of the outer world that allow objects to be followed only in the order that is predetermined by these laws, as well as on Jerome Lettvin hypothesis of encoding objects by individual neurons of cerebral cortex - the "grandmother's cells".

In the framework of the conducted research, a mathematical model for hierarchical memory of unnumbered sequences was suggested and studied. The architecture of a new generation of neural network as well as designs of artificial neurons for strong artificial intelligence based on the hierarchical sequence memory approach, were proposed and considered. The conducted study shows that such a neural network can not only learn but also retrieve unnumbered (not indexed) sequences from memory, it is also capable of predicting the appearance of following objects, which corresponds to the "extended Turing test" first formulated by Jeff Hawkins. The work also showed that the process of generating predictions is caused by interference resembling the neuron excitation waves interference observed by researchers in the cerebral cortex. In the work, a change in the context of sequences was studied, and a model for cyclic compression of the original sequence to a sequence of contexts as a sequence of the next level in the sequence memory hierarchy was proposed and studied. The designed neural network is capable for simultaneous learning, storing and retrieving sequences of objects of any nature (audible, visible, tactile and any other sensory data sequences), linking via synchronization such sequences with each other in any measure - in time, space or in any other grading scale, including emotional and ethical. The synchronization of consecutive contexts by approximate formation point and length in a particular grading scale allows merging sequences of different nature with each other (i.e. associating a visual sequence of cat's appearance with the audible sequence of the cat meowing). The work also suggests a solution for monitoring and controlling the state of consciousness of robots and its deviations, providing to enforce robots to follow set emotional and ethical standards.

The following is a brief introduction to the study.
The sequence memory

The brain is a black box that receives sequences of sensory data corresponding to sequences of objects and events observed in the external world, while the laws of the external world are manifested in the frequency and order of joint appearance of such objects and events in sequences. Higher frequency of co-occurrences stands for relatively higher probability of appearance together in future while order stands for causal relation - the cause precedes the effect.

The starting task of the research was to develop such structure of sequence memory that allows the frequency and order enforce predictions.

The brain is able to work with sequences of any kind hence we can examine the operation of sequence memory using text sequences as an example.

As a starting point let's remember the Jerome Lettvin's hypothesis about coding of individual objects of reality by individual neurons of the cortex (the so-called "grandmother's cells"). According to the hypothesis various reality objects are represented by separate "grandmother cells" - cortical neurons, and thus the occurrence of one particular object with other objects should be represented by dendrites and axons that connect a specific "grandmother cell" with any other "grandmother cell" encoding another specific object. The weight of the joint occurrence of such a pair of objects in the sequences will correspond to the "thickness" of the dendrite or axon connecting these "grandmother's cells", depending on the direction of occurrence: direct or reverse. 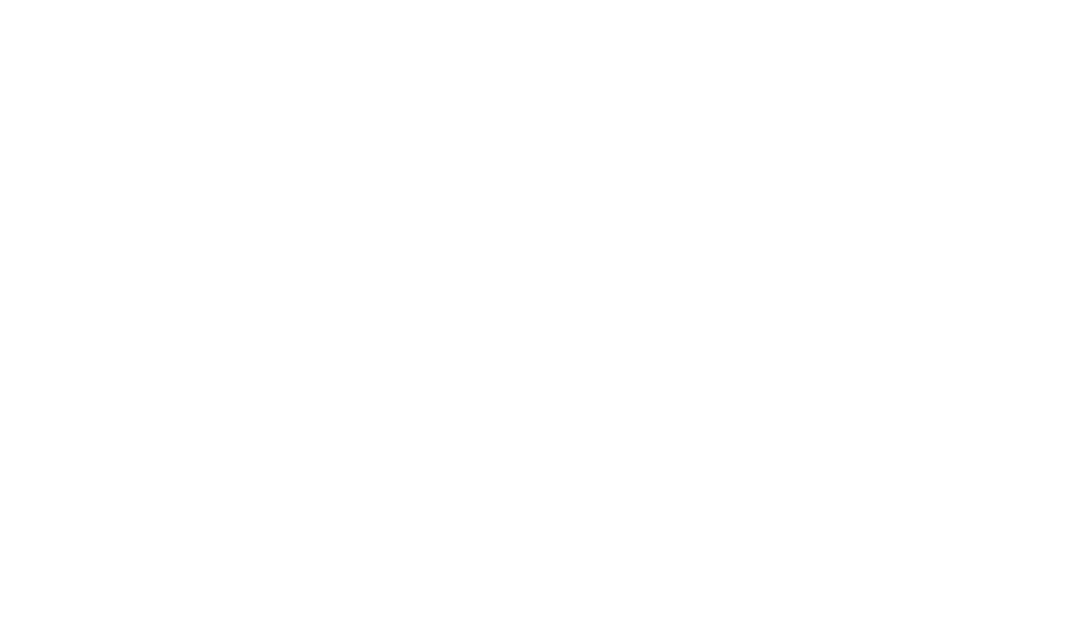 Figure 1
As you can see, the sequences going through the word "tiger" resembles the structure of a neuron. Since dendrites play the role of "inputs" of a neuron, and axons play the role of "exits", the connections of the word "tiger" with all the words preceding the word "tiger" will play the role of dendrites, and the role of axons will play connections with all words that follow after the "tiger" word. Considering the model of connections built for word "tiger", we will soon discover that words such as "cat" or "forest" or "striped orange fur" will occur more often than other words and so the weight of joint occurrence of "tiger" with such frequent words will be higher than with others. This means that the word "tiger" is associated with them more than with other words of the language. Returning to the manifestation of causal relationships in the observed sequences (i.e. visual, audio etc), it can be argued that, for example, the attack of a tiger on a victim in the observed sequences will always be preceded by the appearance of the victim and the tiger.
Unique representation of objects in sequence memory

As we can see, the sequence memory model has an advantage over the perceptron model (an artificial neuron of modern neural networks), since sequence memory consist of identified "grandmother cells" and the neural link weights in the sequence memory model correspond to the statistical weight of co-occurrences ensuring "reverse compliance" to the reality - the ability to restore the sequence using the memory. In contrast to sequence memory in the perceptron learning model there is no identified neurons encoding particular object or action and neural link weights are assigned by back propagation method, thus the neural weights have no obvious relation to the reality, not guaranteeing the reverse compliance to reality and so not guaranteeing the complete predictability of the results of the neural network performance therefore.

Needless to add that the creation of a text sequence memory as a statistical model of the application of rules of composing text sentences, would allow to correctly compose sentences and predict the possible continuation for them. Modeling a real world felt by human senses, we would need to have to build separate segment of sequence memory for each sense available for a human and synchronize the segments between each other.
The complexity of analysis in sequence memory

To study the weights of the mutual occurrence of each pair of words in a language, you can use the table (N * N) = N2 where N is the number of all unique words in the language. On the diagonal of such a table there will be the weights of mutual occurrence in sequences of the corresponding word with itself, and in the cells symmetrical with respect to the diagonal there will be the weights of the direct ω1 and inverse ω2 mutual occurrences of each pair of words in the language. Obviously, the ratio ω1 / ω2 would determine the inversion of mutual occurrence, and as greater or as smaller in comparison to 1 the inversion value is, as greater the probability that one of the words precedes the other one in sequences. This can be considered a causal relationship for the rules for composing sentences of the considered language.

By contrast the computational complexity of studying the relationships in each group of R-words for all N words of the language in sequence memory is linear to R. 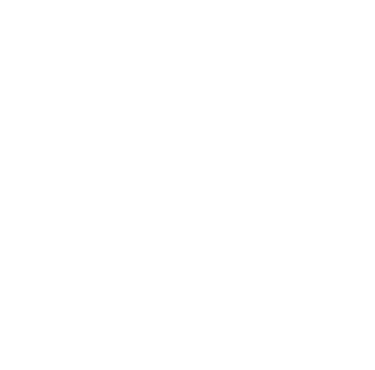 Obviously each R-cluster KC,R for any focal object CF can be represented as a sum of all rank clusters of object CF with rank from 1 to R:

The state of consciousness

It is easy to show now that any R-cluster of both a future KC,R and a past KC,-R for any unique object CF, can be represented as a composition of the 1st rank clusters from the base set.

Let's now force robot's mind to learn harmful behaviour aiming to define signature subsets of the base set corresponding to each harmful behaviour that the AI had been learned. This opens a way for predicting the potentially harmful changes in robot's consciousness allowing to completely control its mind and reset the robot's mind to the "safe" state of consciousness at any given time if signature of harmful learning was discovered.

The research examines the oscillations of overall weight of frequent objects while entering sequence, and shows that the maximum of the total weight coincides with a moment when the current context of the sequence change. These successive total weight peaks form a sequence representing next level of sequence memory. Creating an artificial unique object and assigning to it a cluster corresponding to a peak allows to jump to a sequence of artificial objects representing next tier of abstract in sequence memory, thus forming complex hierarchy of knowledge in the sequence memory one tier after another.

Back to cerebral cortex

As part of the research and development, original architecture of neurochip for hierarchical sequence memory has been drafted, the energy efficiency of which is expected to exceed the existing neurochips by orders of magnitude. The chip can work simultaneously with sequences of objects of different nature and is capable of linking of all incoming sequences independent of their nature through synchronization of measures including but not limited by emotional, ethical, linear and angular measures, time, field strength etc. Due to this, the chip can store and retrieve the sequences of any nature that have comparable rounded length and are synchronized in at least one measure.

Conducting operations of set theory and linear algebra over rank clusters makes it possible to predict the appearance of new objects in sequences, define synonymy, and more.

The provided presentation of the base set ultimately confirms the correctness of the hypothesis about the so-called "grandmother's cells" (ref. "Bill Clinton's neuron", "Jennifer Aniston's neuron"). It also proves that "grandmother cells" are capable of forming sequence memory in the cerebral cortex.

The process of producing conclusions seems to be a process of searching for causal relationships at different levels of the sequence memory hierarchy.

The findings also suggests that the current design of artificial neuron of fully-connected layers might be incomplete by missing a back coupling of neuron to the previous layer of neurons in hierarchy of sequence memory.
Related works

[4] «Why your brain has a Jennifer Aniston cell'»https://www.newscientist.com/article/dn7567-why-your-brain-has-a-jennifer-aniston-cell/

The Hierarchical Sequence Memory is a game-changing approach in the development of next gen neural networks and AI that opens stunning opportunities for creation of General AI. If you are excited about it as much as I am and see your role in this development as a professional team member or investor please do not hesitate to contact me with your suggestions and inquiries. Thank you.
Made on